A Michigan paper has reported that,

An affidavit from the state’s chief medical executive says there’s a ‘significant threat to the public health” because the Michigan Department of Health and Human Services has been blocked from investigating legionella cases at McLaren-Flint hospital since April.

Dr. Eden Well’s affidavit, signed Aug. 25, supports DHHS’ legal challenge to three protective court orders that have allowed information about lead and legionella at McLaren to be turned over to Genesee County Prosecutor David Leyton’s office and the Genesee County Health Department — but not DHHS.

Special Flint water crisis prosecutors say they sought the orders to protect their investigation of lead poisoning and Legionnaires’ disease deaths in Flint. So far this year, they have charged three current or former DHHS employees and five current or former Department of Environmental Quality workers with criminal wrongdoing related to water contamination in the city.

The investigation is ongoing. 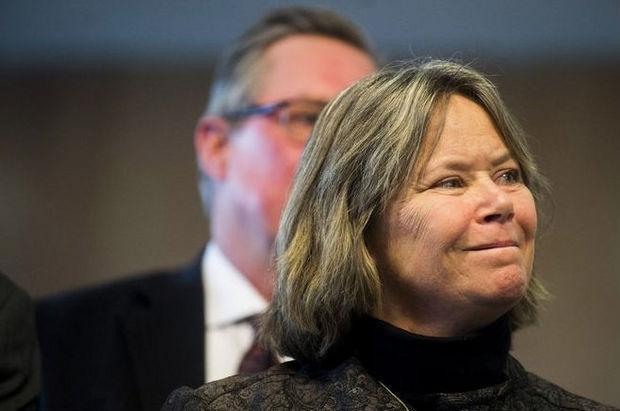 But last week, at the urging of Gov. Rick Snyder, DHHS asked the state Court of Appeals to lift the Genesee County Circuit Court orders and allow its employees to return to investigating suspected outbreaks of legionella at McLaren to protect the public’s health here.

“Fifty of the 90 legionella cases reported in Genesee County in 2015 were found in or related to stays in McLaren Hospital,” Wells affidavit says. “The Genesee County Health Department health officer and I requested records and hospital access for water testing in partnership with the (Centers for Disease Control) in April 2016. To date, MDHHS has received no information.”

Wells’ statement says it is critical that both the CDC and DHHS be allowed on the premises of McLaren to visually inspect the hospital for possible sources of aerosolized water, to review the potable water system and to inspect blueprints and diagrams of the facility’s water system.

Legionnaires’ disease is a bacterial infection that grows best in warm water and is caused by legionella bacteria.

The disease killed at least 12 people in Genesee County in 2014 and 2015, and there have been six cases of legionella have been reported in 2016, according to DHHS.

Mark Valacak, Genesee County health officer, has told MLive previously that legionella information is still available to the state through an automated reporting system and said the county has been able to carry out legionella investigations with help from the CDC for several months.

MLive could not immediately reach Valacak.

Andrea Bitely, a spokeswoman for the attorney general, said in an email that saying “the protective order issued by Judge Neithercut hurts the well-being of Flint residents is misleading.”

“The protective order was granted to assist in the investigation into what went wrong in Flint and to ensure that those responsible are held accountable for their criminal acts,” Bitely’s statement says. “This protective order does not restrict health care workers from treating the victims of the poisonous waters of Flint, nor does it prevent assistance those suffering from legionella.”

“One patient in the current case group was treated at multiple health facilities including McLaren Flint. Based on United States Centers for Disease Control and Prevention guidelines regarding the incubation period for Legionnaires’ disease, the point at which this one patient was exposed to Legionella bacteria cannot be conclusively determined.”

McLaren’s statement says it permitted the Genesee County Health Department and CDC representatives to enter the hospital on August 25 and 26 to conduct an extensive analysis of its water system.

“Preliminarily, the feedback was positive, with indications that McLaren Flint’s water management program is effective. Our own data demonstrates that the water within our facility does not pose a potential hazard to our patients, visitors, and staff,” the statement says.

“The current data available to us indicates that the McLaren Flint water system does not pose a risk of harm to our patients, visitors and staff.”

McLaren sais it has, “at all times, cooperated with the State Attorney General and the Genesee County prosecutor’s office with respect to their criminal investigation of the state agencies.”

State officials have said they cannot definitely link Legionnaires’ deaths to the Flint water crisis, but cannot rule it out either based on work so far by local, state and federal health officials.

Public health officials identified the Flint River as a potential source of the deadly outbreak of Legionnaires’ disease as early as 2014, but people using the water were never told of those suspicions for more than a year.

Need help with Legionella Compliance or need to book a Legionella Risk Assessment?